Theories of social justice have their origins in the late 19th century, and but it is only since John Rawls’ theory was published in 1971 that significant attempts have been made to work out in detail answers to questions about permissible inequalities within a society. Unlike human rights theory that emerged shortly after War War II, social justice theories have focused on questions regarding the special duties citizens owe one another.

Rawls, for example, as well as many philosophers following in his footsteps, rely upon a number of features of nation-states to justify the role of the state in restricting inequalities.  Common citizenship, membership in scheme of mutual cooperation, submission to a set of shared political and economic institutions that function authoritatively under the color of law, the requirements of democratic equality, and the profound and pervasive effect that a society's institutions have on the life prospects of its citizens are among the central lines of argument.

Many theories about what justice requires in the way of the design of the basic institutions having have tended to be broadly egalitarian, or concerned about the reduction of a variety of social and economic inequalities within a society. Pretty much every major philosophical view assumes that some social guarantee of state protection of various civil and political liberties. But the egalitarian goes further.  Justice also requires restraints on permissible inequalities of opportunity and limits on tolerable disparities in resources or in the well-being among citizens within a democratic political order.

Egalitarianism, as the term is understood here in its broadest sense, includes strict egalitarians - or simply "egalitarians" as some use the term - who argue for equality of well-being, resources, or opportunity, etc, while other inequality-sensitive theories argue for weaker claims, such as a requirement that society assign some priority to the worst-off or for a social guarantee of a sufficient level of well-being, resources, opportunities, and so on.

The fact that different theories disagree on the features of of a society that trigger broadly egalitarian duties is significant. Debates within the social justice literature have focused first and foremost on how extensive the limits on various forms of social and economic inequality may be within a just society, and only secondarily with whether inequality-sensitive conceptions of justice can be extended beyond national borders. Given the importance of arguments used to justify state intervention in the lives of its citizens for the sake of inequality reduction, the focus on justice as a purely domestic matter is of no surprise.

The issue of extending egalitarian social justice theories arises most prominently, for example, when forms of economic and political interaction among nation-states or rich and poor people within the global order have similarly profound and pervasive effects on the life prospects on non-nationals. 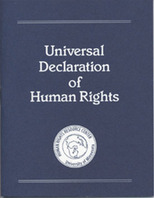 A purely state-centered approach departs significantly from other prominent accounts of justice. Cosmopolitan justice theories, including most human rights theories, deny the deep moral relevance of national borders in determining the rights and duties of human beings. Justice involves rights of all persons, and for many cosmopolitans, it is simply because of their common humanity. (But see entries below on page 1 of Contemporary Disagreements for the distinction between relational and humanitarian justifications for cosmopolitan theories).

Many theories of human rights endorse a bundle of individual rights claims said to be doubly universal: they are moral claims of special urgency that all human beings have against all other human beings. The trend within human rights theories developed since the late 20th century has been toward the inclusion of certain positive rights – e.g. rights to education and health care, minimum social provision of basic necessities, etc -  alongside negative rights protecting against threats to life and liberty through slavery, torture, and other forms of harm to persons.

Debates within the human rights literature have focused first, on how extensive is the set of rights, including positive rights and rights protecting the equal status of women and minority populations, that are truly universal in scope, and second, the role of the nation-state in securing rights of all sorts, given the assumption that the justification for human rights lies in one’s standing as a human being, not one’s standing as a citizen of any particular country. Moreover, the rights of individuals, as most human rights theories understand them, do not depend on the existence of forms of economic and political interaction among nation-states (or interactions between rich and poor people within the global order) through which the life prospects of non-nationals are profoundly and pervasively effected in ways somewhat analogous to the substantial impacts that government polices and laws have on citizens. Human rights theories then tend to see the "trigger" for basic duties of justice pertaining to some threshold level of well-being due to everyone as their common humanity, while social justice theories in the shadow of Rawls tend to think that more ambitious requirements to limit various inequalities are triggered only by membership in a nation-state.

A common complaint regards the curious lack of overlap between the human rights and social justice literature. An important exception comes from the libertarian camp. Libertarians, or classical liberals as they are also known, are moral cosmopolitans as well, but they tend to reject all positive rights in favor of a set of short list of negative rights of everyone against everyone else, thus viewing human rights as limiting only the kinds of harm that states and individuals may impose on individuals and other nations.

Libertarians also engage broadly egalitarian social justice theories by arguing against any morally legitimate role of the state in policing social and economic inequalities. They also reject the idea of any other transnational institutional entities having the remit to enforce globally applicable distributive duties. Global justice for the libertarian is thus co-extensive with the narrowly negative rights view of justice requires in the domestic context, except, of course, for the unique authoritative role of the nation-state in coercive enforcement of negative liberties.

Robert Nozick's classic book remains the definitive statement of the libertarian position, both in articulating the underlying rationale for the primacy of individual freedom over any distributive concerns, and in its direct engagement with both Rawls's theory and modern rights theory.

The Road Ahead: Preview of Contemporary Theoretical Disagreements, pages 1 and 2 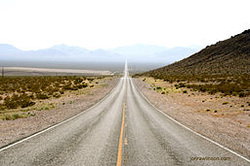 Two additional pages are devoted to discussion of some of the main debates in contemporary discussions of justice, including discussions of human rights that pertain to guarantees of some basic standard of living or minimum level of well-being, which broadly egalitarian theories count as the most elemental job of justice to secure.

Contemporary Theoretical Disagreements, page 1 discusses a number of ways that the concept of justice is understood. There are many useful and illuminating accounts to be found in the literature, as well as many discussions of what, if anything, makes justice a distinct moral category, different from duties of humanitarian assistance or beneficence. Moreover, there are familiar objections to the very idea of social justice, or the idea that social arrangements, rather than individual moral agents, can be the subject of appraisal within an account of justice. There are lively debates regarding the relationship between theories of social justice, such as those that follow in the footsteps of John Rawls, and theories of human rights, as well as arguments advanced by libertarians against both broadly egalitarian theories of justice and human rights theories that contain broadly egalitarian elements designed to at least temper those inequalities that push some individuals and groups below some minimum standard of well-being.

Contemporary Theoretical Disagreements, page 2 explores some of the main debates concerning the prospects for extension of the requirements of egalitarian justice beyond national borders to the global arena. Perhaps the dominant view in contemporary Western political philosophy is one that denies the existence of any egalitarian duties of justice beyond national boundaries. While theories differ in what they mean by the sort of duties that do not extend beyond the nation-state, the main point of contention lies with the fact that the primary rationales that many prominent egalitarian social justice theories rest upon rest upon the assumption that it is some aspect of shared citizenship, rather than common humanity, that triggers duties that limit permissible inequalities. These “strong statists” hold that genuine obligations of justice of the sort that set moral limits of social and economic inequalities, or inequalities in social relationships, are applicable only within the domestic political context. Strong statists, who in varying degrees exhibit their egalitarian opposition to social and economic inequalities among citizens in the domestic context, thus share a broadly libertarian attitude toward global inequalities in wealth, power, opportunity, and well-being. There are, of course, hybrid views that agree that membership in a society generate especially string requirements of egalitarian justice, but they reject the strong statist's claim that no broadly egalitarian norms of justice - e.g., inequality-sensitive distributive requirements - extend beyond national borders. The second page of Contemporary Theoretical Disagreements explores the various rationales for strong statism, cosmopolitan alternatives that argue that there are no differences in duties of justice based on common membership in a society, and hybrid positions that hold that while membership may generate especially strong domestic requirements of justice, some cross-border, inequality-sensitive requirements of justice that are triggered by common humanity or some feature of human interaction other than shared citizenship.