Environmental justice: What's Gender got to do with it? 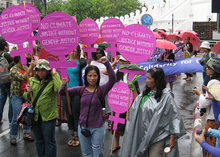 Women have played a major role in many of the struggles for environmental justice in the developing world. Women tend to be among those most affected in their daily lives. For example, women are often most impacted by water privatization schemes and dam construction projects that sometimes impose new hardships on women who must now walk even further for access to water, often of poorer quality, after the new regime of commercial pricing for water places this vital resource beyond family income. Similarly, It is often women who bear primary responsibility for subsistence farming and who are most immediately impacted when local agricultural markets are destroyed by the imposition of trade liberalization policies. An influx of competing foods sold a below-market prices because of US and EU export subsidies can undermine the ability of households to finance the production of basic food for themselves by eliminating the local market for selling their surplus. In these and many other respects, the rights and interests of historically disenfranchised, and often some of the most vulnerable citizens in developing countries, are front and center in the quest for environmental and economic justice.

The Link Between Gender Equality and Food Security 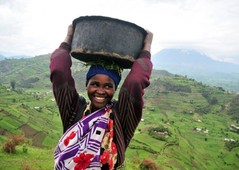 The introduction to the UN Development Programme's 2012 Report in Human Development in Africa observes that food security and human development reinforce each other. "To accelerate food security, countries in sub-Saharan Africa must boost agricultural productivity and enhance nutrition to improve availability, access and use of food...  and empowering women and the rural poor are critical enablers of food security."

The Report contains a chapter focused on how issues of gender and justice are linked directly in the way the challenges of food security should be understood in many nations of Africa. Click on one of these links to the Report and then follow the link on the top menu to Chapter 7, "Empowerment for Social Justice, Gender Equality and Food for Everyone."

Gender and Climate - Launch of FAO and CGIAR Training Guide 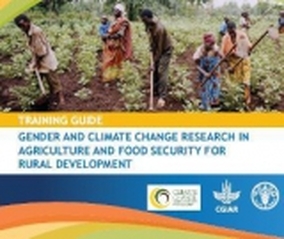 click image for download link
Here is the description of this 2012 publication from its creators:
"The Training Guide “Gender and Climate Change Research in Agriculture and Food Security for Rural Development” is now available online. The guide was jointly developed by the Food and Agriculture Organization (FAO) and the Research Program on Climate Change, Agriculture and Food Security (CCAFS) of the Consultative Group on International Agricultural Research (CGIAR). The manual provides users with resources and participatory action research tools for collecting, analyzing and sharing gender-sensitive information about agricultural communities, households and individuals who are facing climatic changes. The guide is aimed at sensitizing users to the links between socio-economic and gender issues and promoting gender-sensitive adaptation and mitigation activities in agriculture. It has been tested by researchers in Bangladesh, Uganda, and Ghana."

Click on the image to learn more from Water.org
At Water.org, you can learn about the link between lack of adequate access to water and the differential impact it often has on women. For example, these two key facts are noted:
Among the most important lessons from an examination of the impacts of the global water crisis is that in addition to the well-documented and widely discussed health consequences of lack of clean water and sanitation is an awareness that both proper identification of the nature of these problems and the requirements for just solutions must take into account the issues of socio-economic opportunity, self-determination, and equal moral and political standing for women and girls.

Who grows your food -  and at what human cost?

This documentary traces the lives of three child migrant farmworkers in the United States – Zulema, Perla, and Victor – as a medium for analyzing the systemic social injustices upon which we have built our agrifood system. Due to the exceptional legal status of agricultural labor, these children are permitted to work 12-14 hours per day in order to support their families. They will never be able to recover lost time in the classroom and on the playground, and their meager salaries (often less than minimum wage) are poor compensation for the obstacles they must overcome.

The Harvest/La Cosecha was designed, created, and marketed as an educational tool for the American public. The official website is an excellent resource for important facts, as well as information about the pertinent legislation and partner organizations. Additionally, a companion curriculum for grades 7-12 is available for teachers and parents here.

Click image for the pdf on women
La Via Campesina, International Peasant Movement:

On its official website, La Via Campesina describes itself as an "international movement ... of peasants, small and medium-size farmers, landless people, women farmers, migrants and agricultural workers" whose goal is to "defend small-scale sustainable agriculture as a way to promote social justice and dignity."

Just three years after its creation, La Via Campesina coined the term "food sovereignty"  at the 1996 World Food Summit. Since then, it has remained a key player in the global politics and economics of food and agriculture, particularly regarding issues of environmental and economic sustainability, social justice, land ownership, gender equity, and rural development. 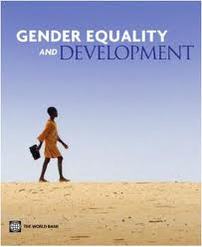 The 2012 World Bank Development Report focuses on women and development. Its summary statement reads as follows:

The Report also focuses on four priority areas for policy going forward: (i) reducing excess female mortality and closing education gaps where they remain, (ii) improving access to economic opportunities for women (iii) increasing women's voice and agency in the household and in society and (iv) limiting the reproduction of gender inequality across generations."

You can download the entire report by clicking on the image, and you can get additional information and useful charts and videos online.

What's Sex Got to Do with it? 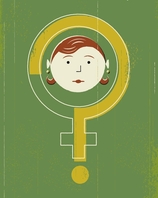 click image to read the article
What are foundations, aid agencies and philanthropists heading in their thinking about global development and the social condition of women and girls? An article in the Stanford Social Innovation Review says that money is fleeing from controversial topics such as reproductive rights and flowing into programs for the education of young girls. While the article recites the huge benefits of education for a variety of reasons - self-sufficiency, prevention of violence against women, control over reproductive decisions - direct concern for reproductive health is declining as a global investment issue.  Here are a couple of passages from Kavita Ramdas's article:

"From the boardrooms of Exxon Mobil, to the World Bank, to the offices of the Nike Foundation and the overflowing halls at Davos and the Clinton Global Initiative, you can hear people talking about the importance of investing in girls.... Yet educating girls about their sexuality and providing funding for access to contraception, safe and legal abortion, and broad education about their reproductive health and rights—which was a significant emphasis of global philanthropy in the 1980s and 1990s—has now dwindled in popularity. Although a few dedicated foundations and the European bilateral aid donors continue their commitment to organizations such as the United Nations Population Fund, the new global actors are focused on girls’ access to schools and learning." 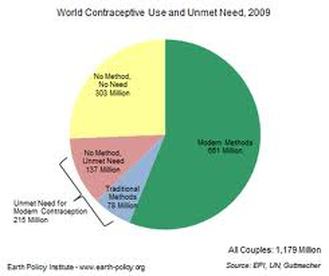 A similar argument has been made in other quarters. For example, in a July 9, 2012 NYT article by Sabrina Tavernise,  it was reported that "the proportion of international population assistance funds that went to family planning fell to just 6 percent in 2008, down from 55 percent in 1995, while spending on H.I.V./AIDS represented 74 percent of the total in 2008, up from just 9 percent in 1995, according to Rachel Nugent, a professor of global health at the University of Washington, who cited figures from the United Nations Population Fund."

And yet, as the lead paragraph of Tavernise's article indicates, "a new study [in the Lancet]  by researchers at Johns Hopkins University shows that fulfilling unmet contraception demand by women in developing countries could reduce global maternal mortality by nearly a third, a potentially great improvement for one of the world’s most vulnerable populations."

On the other hand, there is some good news. On July 11, 2012, the UK Government and the Bill & Melinda Gates Foundation (with UNFPA and other partners) hosted a summit In London designed to mobilize changes in global policy, increased financing, and improved service delivery for 120 million women and girls in the world's poorest countries. The aim is to encourage the wider use of contraceptive information, services and supplies, without coercion or discrimination, by 2020.

There are some critics of the Summit, however, especially with regard to the supply side emphasis and lack of emphasis on women's rights, lack of transparency and broader participation by established women's health advocates, and lack of broader integration of reproductive health care into programs for women's health generally.

Two important global advocacy voices are the Global Advocacy division of the Center for Reproductive Rights and the International Women’s Health Coalition.

For more detailed information on current estimates of the economic costs and benefits of contraceptive services globally, see this report by the Guttmacher Institute.